skip to main | skip to sidebar

Posted by Ted Carter at 4:17 PM No comments:

Posted by Ted Carter at 2:57 PM No comments:

KASB statement relating to the 2014 Legislative Session
Posted by Ted Carter at 2:47 PM No comments:

What’s the Matter with Kansas?

I just finished re-reading Thomas Frank’s “What’s the Matter with Kansas?”  I don’t want to critique the book, but I do want to share some thoughts I have as a result of reading it.

The basic idea of the book, as I interpret it, goes something like this:  The blue collar working class of America consistently votes against its own economic interests by voting for Republican politicians who promote legislation that empowers corporations to decrease wages, outsource, and monopolize small businessmen out of business because those Republican politicians focus their campaigns on morality issues near and dear to the blue collar working class’s hearts.  They promise to end abortion, stop gay marriage, and thwart any attempt to remove God from modern day society, but once they get into office, they don’t do any of these things; instead focusing on helping out the groups and companies who funded their campaigns in the first place.  These “Conservative Republicans” vilify the “liberal elite” and convince blue collar America that they are to blame for the demoralization of America, and pit people against people in age old unwinnable arguments.

The Conservative Republicans are Frank’s bad guys.  They are the two-faced snake oil salesmen; promising to bring morality back to the country while stealing money out of the working man’s pockets.

The Moderate Republicans are held mostly blameless, other than their failure to stand up against the Conservative Republicans for fear of being called traitors to the party and thus lose the favor of the voters.  They are the ones who truly want to see the free market work as it was supposed to, and the ones who want to do what the Republican Party was established to do; minimize government control.  This is in contrast to the Conservative Republicans, who actually want to bend the government’s control in favor of big business.

The Democrats are blamed for their abandoning of the American people in favor of corporate America; pandering to business interest in an effort to get into office.

Frank doesn’t specifically talk about the crackpots as a group, but instead highlights many of the extreme religious and moral players in the game; who are exploited by the Conservative Republicans to gain voters.  They give them a voice to orate on the evils of the liberals, and are standing beside them to encourage their audience to vote Republican.

The Liberal Media, or Hollywood, presents an easy target.  The Conservative Republicans refer to the things presented in films, TV, music, and print as though they represent the views of your average liberal American.  This is a false representation, because Hollywood does not serve the liberals; it serves the bottom dollar, and presents whatever will sell.

This is the basic theme the book presents; a world where Democrats and Moderate Conservatives have become virtually identical, and a political system where the campaigns and platforms bear no resemblance to the actual motives and agendas of the politicians who present them.

When thinking about the current political structure in our country, I am tempted to throw my hands up and say, “The system is so corrupted that there is no reason to even try and come up with an explanation of why or to look for solutions.”  But it seems to me a worthwhile thing to attempt nonetheless.  So here goes.

I am first brought to the question of what government is truly supposed to do for we the average Americans.  Let’s play the definition game.

Wikipedia (which I am unashamed to cite whenever it suits me) says government “refers to the legislators, administrators, and arbitrators in the administrative bureaucracy who control a state at a given time, and to the system of government by which they are organized. Government is the means by which state policy is enforced, as well as the mechanism for determining the policy of the state.”  Notice it says nothing about what these policies are supposed to cover.  If you go to look at the full page, you will see that it does not specify what the nature of laws are supposed to be.

Merriam-Webster has quite a few definitions for government:

Notice definition #2, considered obsolete.  It is the only place so far where “moral conduct” is mentioned.

Wikipedia (numbering added by me):

“Law is a system of rules and guidelines, usually enforced through a set of institutions.

“Legal systems elaborate rights and responsibilities in a variety of ways. A general distinction can be made between civil law jurisdictions, which codify their laws, and common law systems, where judge made law is not consolidated. In some countries, religion informs the law. Law provides a rich source of scholarly inquiry, into legal history, philosophy, economic analysis or sociology. Law also raises important and complex issues concerning equality, fairness and justice.”

In the highlighted sentence above, we see the first reference to religion.  Although I am at a loss as for what that exactly means.  How does religion “inform” the law?

In this list of definitions, we seem to find three main kinds of law:

In my next installment, I wish to discuss the separation of church and state.  The question is this; can we separate what a governing body has authority over and what our religious leaders do?  Is it possible to separate what God and what The Man have the right to dictate to us?

Oh Nook, Where Art Thou?

So, for my birthday/father's day, my family got together and got me some Barnes and Noble gift cards, because they knew I wanted a Nook.
My birthday was Thursday.  Friday I called our local Barnes and Noble, and discovered that they did not have said Nook in stock, and that they would not have it until the 16th at the earliest.  So, I decided to order online.
Shortly after lunchtime on Friday, I ordered the Nook, and was told the estimated delivery date would be Wednesday the 15th.  I figured that they were over-estimating how long it would take to deliver just to be on the safe side.
I get an email later in the day from B&N telling me my order has shipped, and giving me a tracking number to follow the shipment on the UPS site.  Needless to say I am excited.  If it shipped on Friday, then I might see it as early as Monday, right?
I check the UPS site, and it tells me this:  "A UPS shipping label has been created. Once the shipment arrives at our facility, the tracking status--including the scheduled delivery date--will be updated."  As of a few minutes ago, it is still telling me this.
I went back to the Barnes and Noble site to check the status of my order, and it tells me that the item was shipped on Friday.
Who is telling the truth?
Does Barnes and Noble consider the item "shipped" if they've printed up a label, slapped it on a box, and stuck it in a stack to be loaded on a truck eventually?  Does UPS just not update it's tracking info as quickly as they should?
Are they deliberately toying with my emotions?
Posted by Ted Carter at 10:22 AM 2 comments:

USB drive, and
Keys with my pocket change, and
Wallet, lint, and hair
Posted by Ted Carter at 3:11 PM No comments:

“the most amazing video ever” 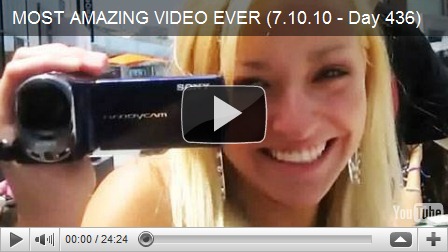 Umm… did someone change the meaning of the word “amazing” and not tell me?

My shoes are stinky

The socks only help somewhat

Posted by Ted Carter at 9:52 PM No comments: 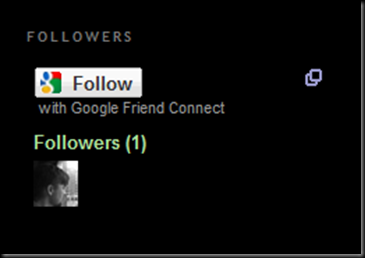 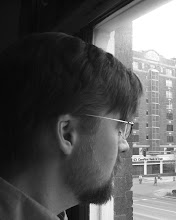